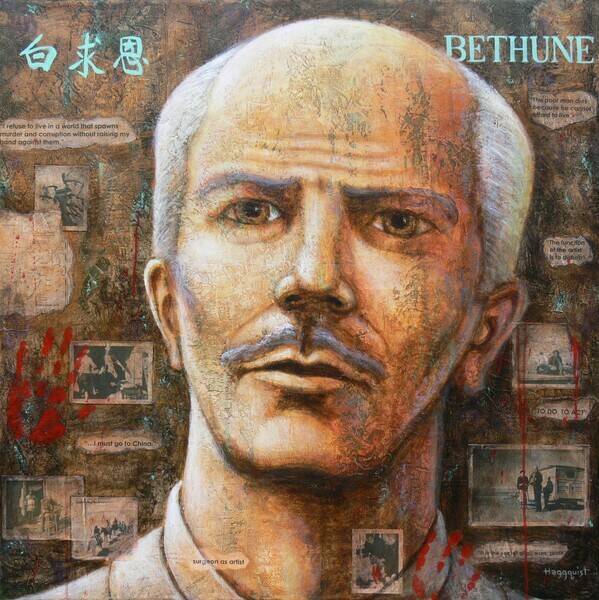 I have been approached by the Master of Norman Bethune College at York University in Toronto who has asked to use my image of the Norman Bethune portrait which I painted in 2008, as part of the promotional material for an upcoming symposium on Bethune. The symposium being held at the College this coming November, will mark the 75th aniversary of Norman Bethune's death. I am proud that my image will be part of this important event at a College named after this famous Canadian. I will post any interesting updates to this news story as they develope.

This developement continues to add to the interesting history this portrait of Norman Bethune is aquiring. It has travelled to China and shown at the National Museum in Beijing. It has shown at the Chinese Cultural center in Vancouver. It was featured in an online article about a Bethune exhibit at the Canadian Science and Technology Museum in Ottawa in 2013, and now it is set to be part of a symposium at a Canadian College named after him. I'm interested to see where the portrait goes next. Stay tuned.