GROUP SHOW AT THE ROUNDHOUSE COMMUNITY CENTRE IN VANCOUVER

One of my paintings from the "Defenders of the Land" series, of marine biologist Alexandra Morton is currently showing in a group exhibit which started on October 10th at the Roundhouse Community Centre Great Hall in Yaletown in Vancouver, 181 Roundhouse Mews (Davie & Pacific.) 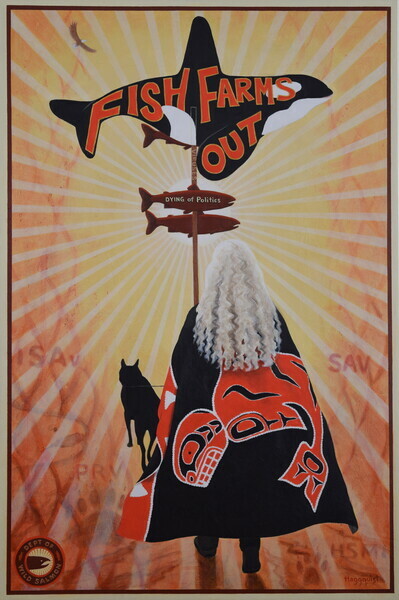 It's the first time the painting has left the studio. The show titled "UPSTREAM – Moving Images of Salmon" runs from October 10 to November 1 and is part of the city wide Sustenance Festival. Check it out if you get the chance.
From the shows catalogue:
"How can the humans who live in the salmon’s ancestral home today make the connections between their urban life and the current health of the ocean? And what important cultural connections can we gain from present-day artist/activist perspectives? They have heard the voice of the spirits of the salmon calling them. What will you hear if you watch and listen…?"